The following is a posting from Caressa, whose son has struggled with addiction.

My son is 25 years old this year. His addictions started in high school during his senior year in 2009. He is dyslexic and always felt different from other students in his high school years. During that time, he also yearned to spend more time with his father but faced continual disappointments. This led to him hanging out with the “wrong crowd” in high school and I feared that he was becoming depressed. This may have further fueled his turn toward drugs.

While he was away during Senior Week in his graduation year, I found paraphernalia in my home that suggested my son was using marijuana. When I approached him, he admitted it and swore he would quit. However, that didn’t happen. Later that year, I had the horror watching my son be searched, handcuffed, and arrested for possession of marijuana and opiates right behind our home.

Although he was pulled into Project 103, a substance abuse program, and put on probation, he was arrested again. Afterwards, our lives were filled with lawyer visits, probation officers, dirty urine samples, probation violations, and payoffs to drug dealers. In addition, he started stealing every electronic device or expensive jewelry piece he could find in the home to pawn for money to keep up his habit. For several years, he was offered probation that included outpatient counseling and meetings, but he would never stick with it for long. He turned my life upside down, and for several years he was in and out of my home, only allowed back when he seemed to be following a plan.

In 2012, my son was arrested again, this time for burglary, and was charged with his first felony. He violated probation again and was incarcerated in 2013 for one year with work release. There were several other theft charges during this period; unfortunately, because these were theft-related, it was never suggested to him to go to treatment to get help for the addictions that were leading him to do these things. He was on a roller coaster ride that everyone in his family wanted to end.

A glimmer of hope

As a single mom, it tore my heart apart to kick my son out of the house, see him behind bars, and spend holidays without him. I began to educate myself on the disease of addiction and saw that it was something my son couldn’t control by himself.

When he was released from his year-long jail term, he was clean so I brought him back home. I was hopeful that he could stay free from addiction with the support of his family.  He even reached out to his father to try to mend their relationship. However, within several months, I began to feel uneasy again. 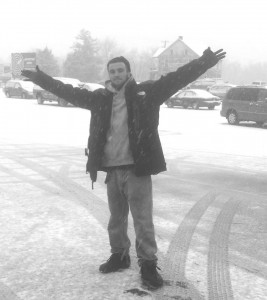 Just before the holidays in 2014, my home was burglarized. While we never officially found out who was responsible, the police suspected the intruder was likely looking for drugs or money.  And then, in early 2015, we received terrible news that his father had suffered a severe stroke while on vacation in Florida. I traveled with my son to see his father who, sadly, never regained consciousness. As his next of kin, my son had to make the difficult decision to let his father go.

Afterward, I was extremely worried about how his father’s death would affect him. Not a day went by when I didn’t ask him if he was okay or if he wanted to talk to someone. He actually appeared to be handling the loss better than I expected.  Weeks went by, and then on February 19th, my son was arrested for possession and distribution of heroin.

He was sentenced to three years in jail and is currently serving that time at the Frederick County Detention Center. He had been keeping his habit alive through distribution and was fooling everyone around him. In addition, my son had also been involved in some dangerous situations and could have been killed, either by drug dealers or by the heroin he was using. However, I was grateful that he was still alive.

Since incarceration, he has gone through counseling through Project 103 and has been diagnosed with depression. He is taking medication and working toward his recovery, which also includes assisting with the Youthful Offender program in the county. I miss my son every day, but at a time when so many people are dying from drug overdoses, I am relieved that he is where he is and safe at this point. My continued hope for him is to become well and to stay on the path to recovery.